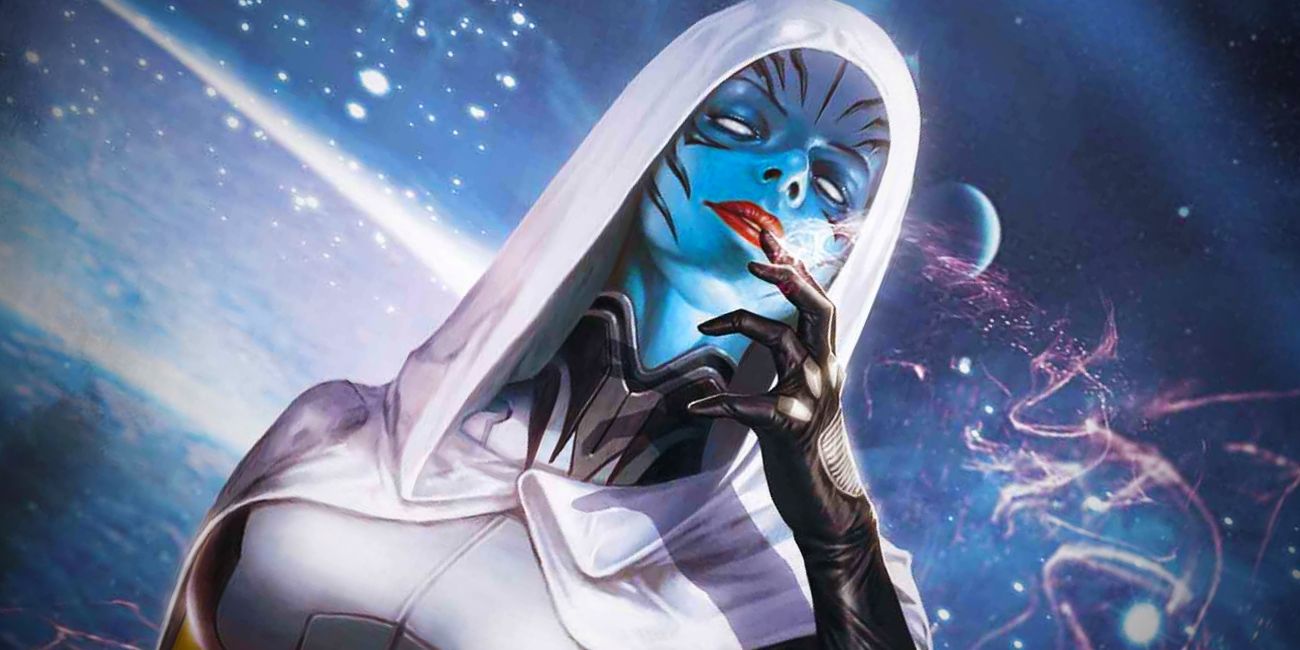 Marvel fans love the sisterly dynamic that developed on screen between Thanos’s adoptive daughters, Nebula and Gamora. But no fan should forget about Supergiant, the daughter of Thanos who wasn’t lucky enough to make the jump into the MCU.

Aside from his adopted daughters, audiences around the world were introduced to ‘The Children of Thanos,’ the alien warriors chosen to serve Thanos in Avengers: Infinity War. These children, or The Black Order as they’re known in the comics, first appeared in Marvel’s universe in 2013’s New Avengers. Their grand entrance as full fledged villains came soon after in the pages of Infinity #1 of the same year, cementing the same roster as the Thanos-led films: Corvus Glaive, Proxima Midnight, Ebony Maw, Black Dwarf… and the mysteriously unhinged Supergiant.

Related: Thanos vs Kang: Who is Marvel’s Stronger Villain?

So who is this mysterious daughter of Thanos who didn’t make the cut? What kind of challenge does she pose to Marvel’s heroes with her own, one-of-a-kind abilities? Read on to get the full story. 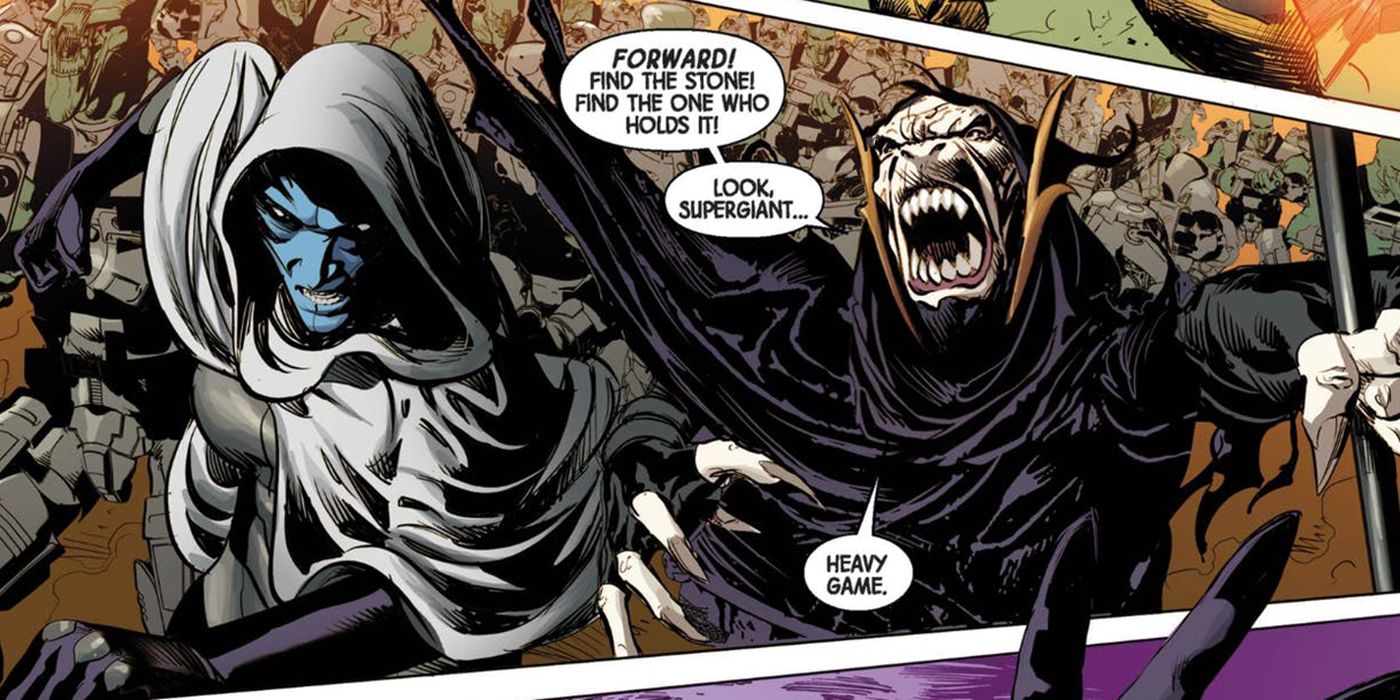 While the rest of Thanos’ children are primarily dangerous due to their lethality in combat, Supergiant is an omnipath, capable of mental manipulation, telepathy, and harvesting strength from the intellect of other beings. She can effectively control living minds, taking full possession over the thoughts and body of whichever organism she chooses. Typically she is characterized by madness as a result of her mind-bending abilities, a wild disposition, and a lust for violence.

Interestingly, her character also serves as an echo to Thanos’ earlier Infinity Gauntlet storyline. But instead of Thanos madly loving Death, it’s Supergiant who begs for death from Thanos as a reward for her loyalty to him. Death fascinates her to the point that she is actually jealous of others who experience noble or exciting ends, and wants one of those more than anything. With such an entertaining villain, it’s understandable why fans missed her presence on the screen. After all, crazed villains always add some fun to the plot. 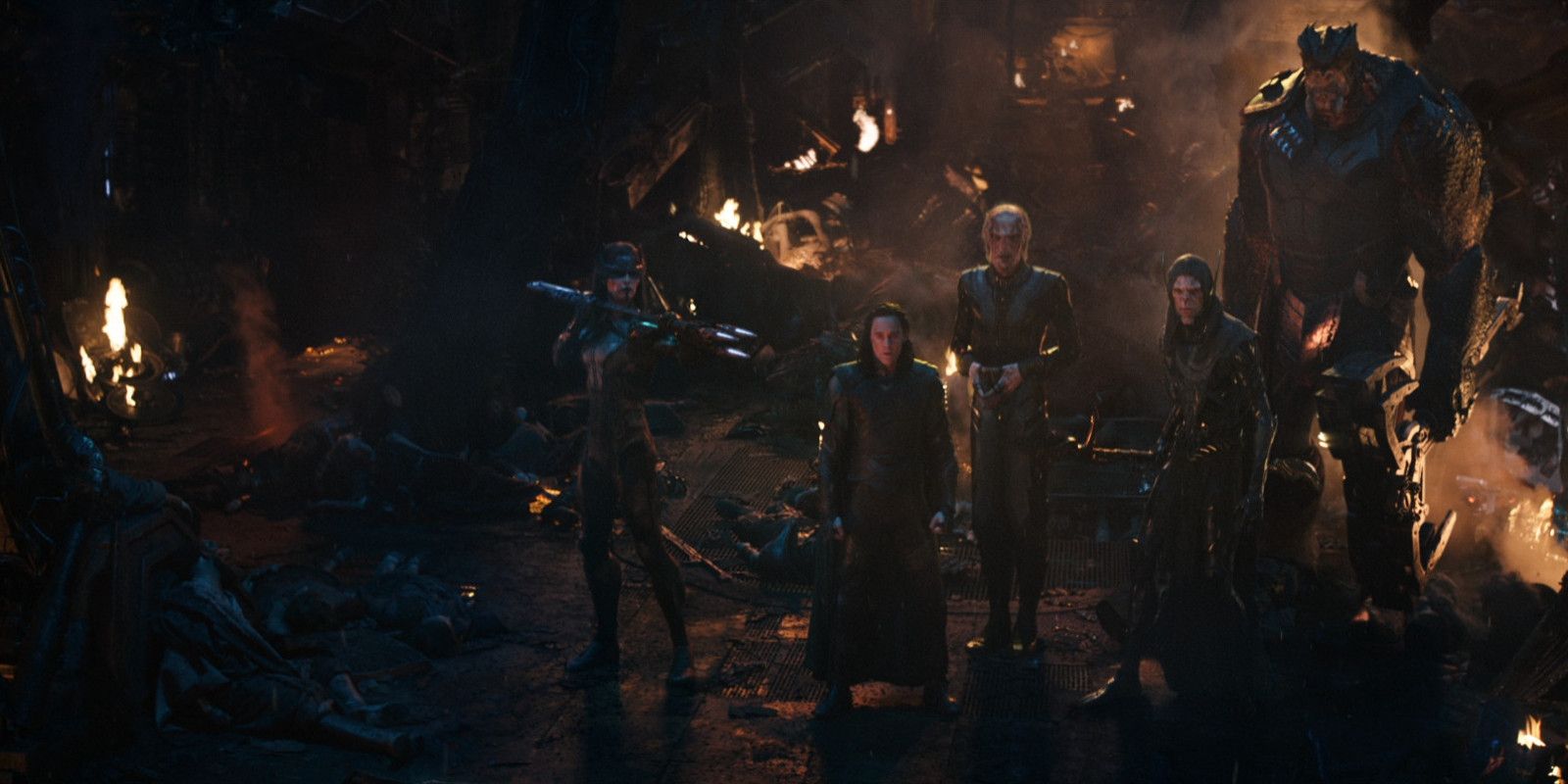 So, why hasn’t Supergiant been adapted into the MCU? There are several answers for Supergiant’s absence. For starters, there was already the Gamora/Nebula story arc that writers had to weave into the event film(s), leading the Black Order members who did make it into Infinity War to be underdeveloped–adding a fifth Child of Thanos to the mix would have over-crowded the battle stage even further. With such a powerful ability of feeding on intelligence, it also could have been difficult to plan out battles in which the smartest MCU heroes outsmarted her… while simultaneously serving as her power source. Had her powers remained the same as the comics, then Professor Hulk, Doctor Strange, and Tony Stark’s brains would have been her breakfast.

A less substantial, but nonetheless plausible theory is that her character design–a blue, bald, female alien–would have confused casual Marvel fans by being too visually similar to Nebula’s MCU design. Additionally, as a telepath, Supergiant’s powers could have appeared to non-comic readers as identical to Ebony Maw’s. His telepathy differs from hers with a bonus of telekinesis, but there simply wasn’t room or time to differentiate between the two Black Order members’ similar talents.

Supergiant may be out of the MCU for now, but maybe the next phases of Marvel films can still incorporate her character. Timelines are about get jumbled thanks to WandaVision and Doctor Strange 2. Perhaps an alternate universe Black Order could pop up as returned villains? Or perhaps Supergiant emerges as either the next Thanos-level villain, or accomplice to Thanos’ son Thane? If she does make an appearance, Marvel’s heroes had better hold onto their brains.

Next: Thanos Beat Someone Stronger Than Hulk For The Power Stone

Bill & Ted 3: William Sadler Sprained His Wrist On the First Day of Filming

Top 2 Mechanical Engineering Forums, Discussions and Message Boards You Must Follow in 2020

Kaia Gerber & Jacob Elordi Wrap Their Arms Around Each Other During Coffee Run!

Top 2 Paintball Forums, Discussions and Message Boards You Must Follow in 2020

Top 10 Xbox Forums, Discussions and Message Boards You Must Follow in 2020

Top 5 Gymnastics Forums, Discussions and Message Boards You Must Follow in 2020

Top 5 Fire Fighter Forums, Discussions and Message Boards You Must Follow in 2020